There are certain spots along Fiji’s wide reef expanse that are protected sites. One of these is ‘Shark Reef’. It may look rather ordinary, but the hard coral reef, just off Pacific Harbour’s coastline, is home to many of the culturally significant shark population.

Divers from around the world come to experience the only dive with up to 8 species of shark.  The ULTIMATE SHARK ENCOUNTER features multiple BULL SHARKS, WHITETIP REEF SHARKS, BLACKTIP REEF SHARKS, NURSE SHARKS, LEMON SHARKS, GREY REEF SHARKS and OVER 300 SPECIES OF FISH. As if that isn’t enough, 16 + foot TIGER SHARKS come in regularly, making this a ‘shark lovers’ dream dive.

Why are sharks culturally significant in Fiji? According to local legend, one of the Gods, Dakuwaqa, takes the form of a shark. For this reason, most Fijians do not eat shark meat, as they fear they may anger the Gods, leaving them without protection from other sharks in the ocean. For generations, fishermen returning to Viti Levu would throw fish heads into the sea, as an offering to Dukuwaqa. Shark feeding was started commercially in 1999 and has, ever since, been a major attraction in the area.

Because the area is protected, this section of the reef is home to numerous species of reef fish and other pelagics. Giant trevally dart in for a free meal, huge groupers graze nearby the action, moray-eels, skip-jacks and coral trout stick their noses in and dozens of remoras (shark-suckers) cruise just below the surface waiting for their free ride with their symbiotic shark friends.

BOOK EARLY AS THIS ACTIVITY IS HIGHLY POPULAR AND NUMBERS ARE LIMITED. The Shark Dive is year round, however, bull sharks leave during the mating season (November to early January). 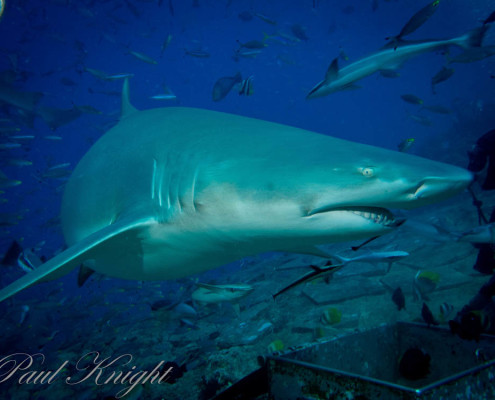 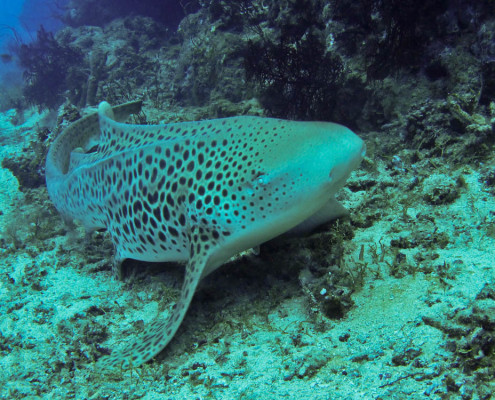 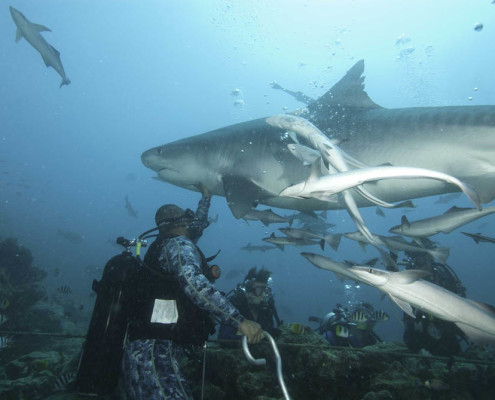 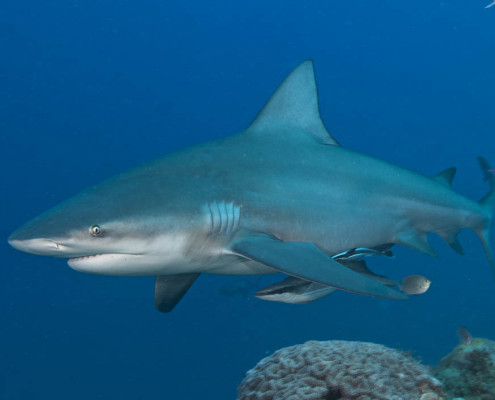 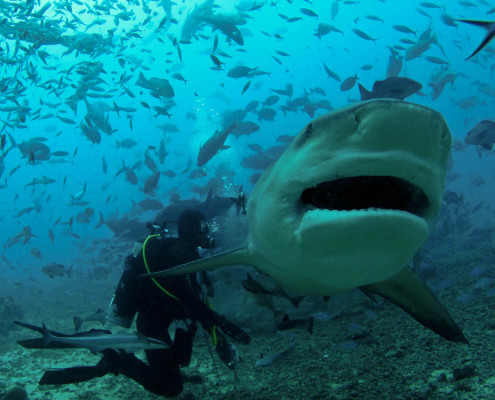